The commies keep saying over and over that rule of law is always observed.

Of course, some times shitty laws are passed, and we must fight those as well: Falun Gong is illegal in China, we must follow the law (法轮功在中国是非法的，我们必须遵守法律).

But many times, the commies don’t even bother setting up a bad law, they just fuck a million people and that’s it.

But in reality they punish anyone who poses a political threat, even if they did nothing wrong themselves, some cases that come to mind:

Notably, they punish people for their general beliefs rather than specific actions: 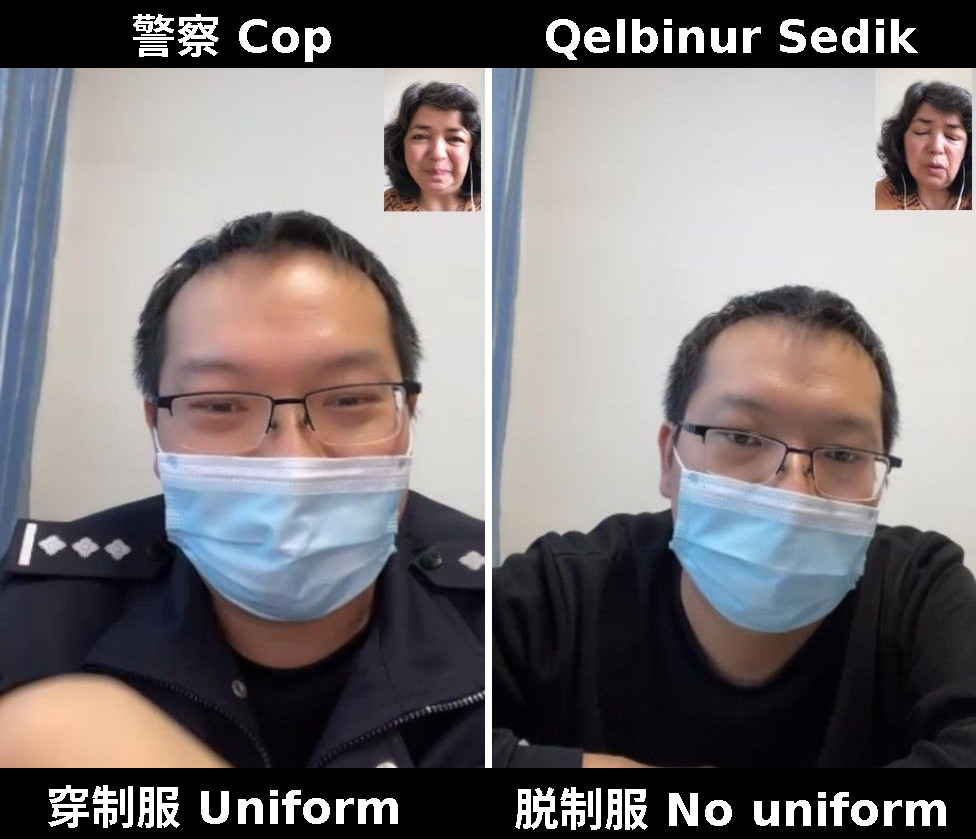 Figure 255. On 2021-03-31, a uniformed Chinese cop called Qelbinur Sedik, who was a teacher in the Xinjiang "re-education" camps (新疆再教育營, 2017-) who fled China and spoke to the media what she saw, to menace her through her sister, who is still in China. When he noticed that she had taken a screenshot due to a screenshot sound, he immediately took off the uniform. Source.

Figure 256. "Whatever you do, don’t" spoof poster by Scarfolk Council (2013). This applies perfectly to Stack Overflow mods refuse to clarify if anti-CCP imagery is allowed or not (2021) Was actually given in the answer by Journeyman Geek’s answer, and was the first time Ciro saw Scarfolk. so kudos for that. Source.