We should make a montage with some Chinese dissidents (中国持不同政见者) side by side with Water Margin characters. The analogy is just so strong!

The slogan would be 现代好汉，替天行道：向持不同政见者水浒传的致敬 (Modern day Heroes: Water Margin Homage to the dissidents)

Some others that could be used in the future:

Some good quotes from http://uploads.worldlibrary.net/uploads/pdf/20130423230739the_outlaws_of_the_marsh_pdf.pdf

Because the emperor has been deluded and permits corrupt officials to hold power and harm the people, they have all volunteered to help me act on Heaven’s behalf.

Song Jiang and his band have Act in Heaven’s Behalf written on their banner. They never attack a government seat or harm the people. They kill only corrupt and slanderous officials.

Couldn’t find any perfect one, so I just wrote my own unfortunately:

When corrupt Officials take power,
the heroes must become bandits. 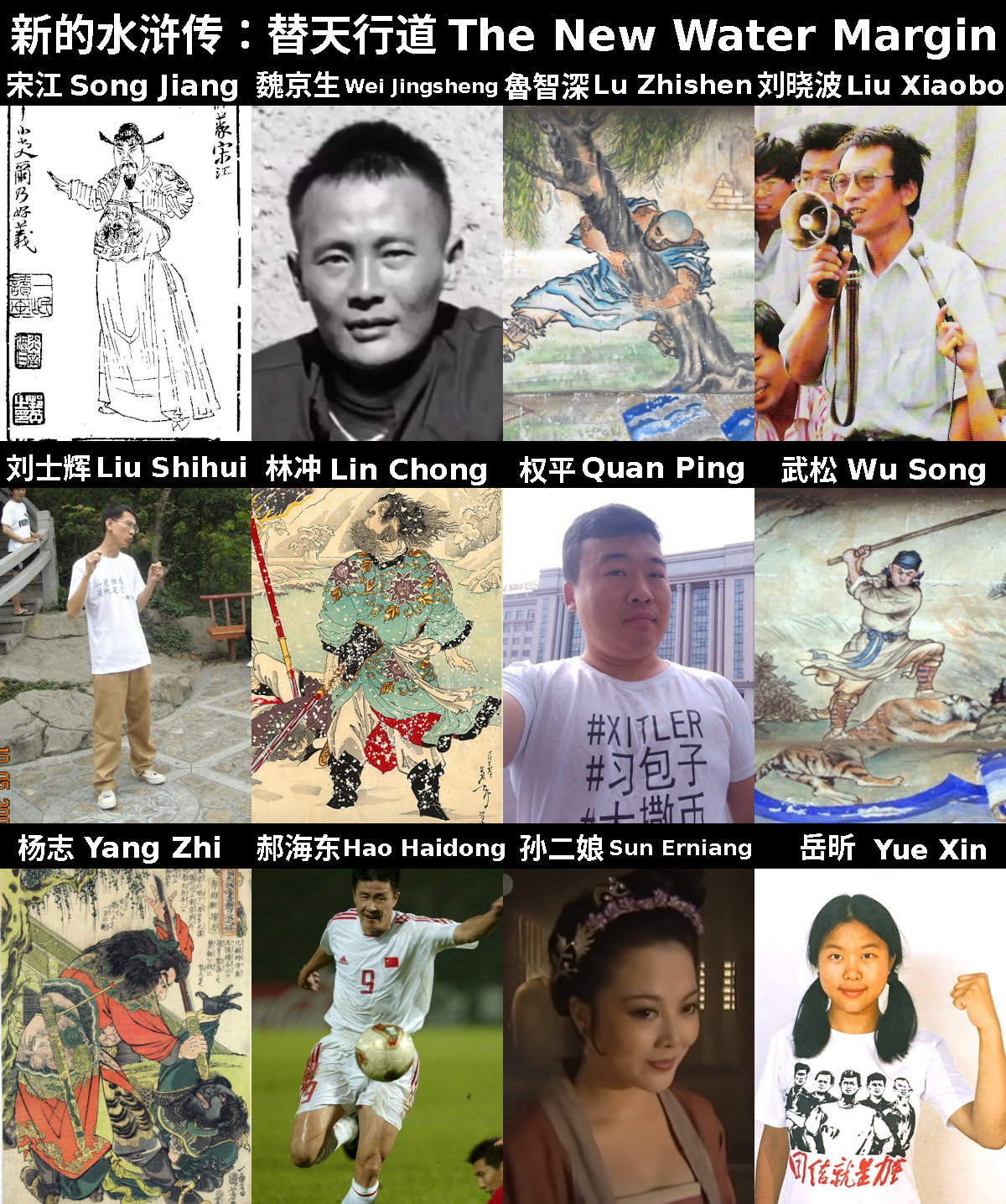