5.11.3.1. I am going to use a bunch of Chinese slangs because it makes me feel smart (我知道网络语言，我很聪明)

Obviously, if you want to be understood, use simple and standard Chinese, since as Ciro has already stated clearly, his Chinese sucks: Does Ciro Santilli speak Chinese? (三西猴会说中文吗？).

Avoid slangs, otherwise Ciro might not have patience to Google your useless slangs down Zhihu questions.

Of course, if you have to read this, you likely are not going to say anything useful in the first place, so not reading your post is likely fine, just make sure to mark it as a I want to take my chances and make a shitpost in cirosantilli/china-dictatorship (屎帖子) if you don’t want Ciro to think you are a complete idiot.

Using slangs makes some people feel smart due their advanced knowledge of a specific subculture, or makes them feel part of that subculture to gather allies. I.e., it is a form of shibboleth. It mainly comes down to a way of avoiding any rational conversation about China’s obvious problems by highlighting Non-Chinese people should not interfere in Chinese politics (外国人不应该干预中国政治).

Or maybe they just want to waste Ciro’s time.

Such idiots don’t see however that every major slang is Googleable, and that every overly obscure slang is already not understandable by a large part of the Chinese population, and won’t be understood by anybody in 5 years, so that you are wasting your time writing this gibberish. But since you are an idiot, it’s not like you have anything better to do with your time, so maybe it doesn’t matter.

If you want to efficiently prevent anyone from understanding your stuff, Ciro recommends that you just use SHA-256 instead:

A Chinese insult tip 101, avoid similar sound euphemisms. If you are going to say shit at least grow some balls or tits and use the proper characters, Ciro will respect you more for it:

Places to try and decrypt Internet slang when you feel like wasting your time:

Some useful slangs seen on the wild: 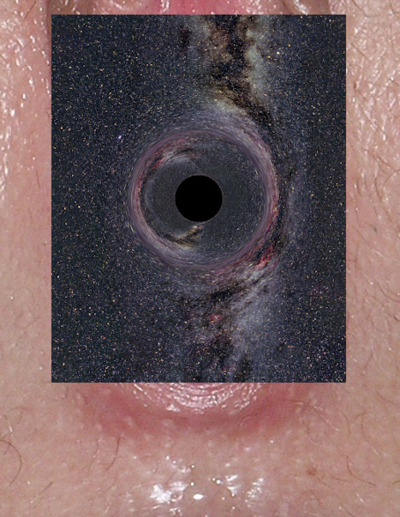 Figure 50. A Vagina (阴道) also known as cunt (屄), is the female reproductive organ, including the naturally occurring black hole that appears in front of it whenever a picture is taken to prevent GitHub from taking down this page. Even though you’ve never seen one, there’s no need to be afraid of it, and refer to it in euphemisms like "SB". Background source and black hole source.