Born and raised in China, sent to study in the UK by her wealthy father Zhao Yuji 赵玉吉 at age 15 and later moved to US, but retained Chinese citizenship as far as is publicly known.

In 2013 she told the magazine Filmmaker https://web.archive.org/web/20130814185314/https://filmmakermagazine.com/people/chloe-zhao/ (later removed from the website):

It goes back to when I was a teenager in China, being in a place where there are lies everywhere. You felt like you were never going to be able to get out. A lot of info I received when I was younger was not true, and I became very rebellious toward my family and my background. I went to England suddenly and relearned my history. Studying political science in a liberal arts college was a way for me to figure out what is real. Arm yourself with information, and then challenge that too.

TODO was that the only comment she ever made or is there more?

And at the same time she was also working on an idiotic superhero movie https://en.wikipedia.org/wiki/Eternals_(film) to be launched by Disney in the future, and therefore they would likely want it to be released in China, let’s see how that will go.

On 2021-04-26 reports emerged that her win was being censored in China: https://www.wsj.com/articles/china-censors-nomadland-director-chloe-zhaos-oscar-win-11619440550 Unlike Hao Haidong (郝海东, 2020) however, the order was much more specific: to censor only the fact that she won the Oscars.

https://web.archive.org/web/20210413095903/https://baike.baidu.com/tashuo/browse/content?id=c9fdac1dcf27bdd1280ac9e1&lemmaId=22214113&fromLemmaModule=pcBottom contains a prediction that she would win the Oscar based on earlier recent wins. 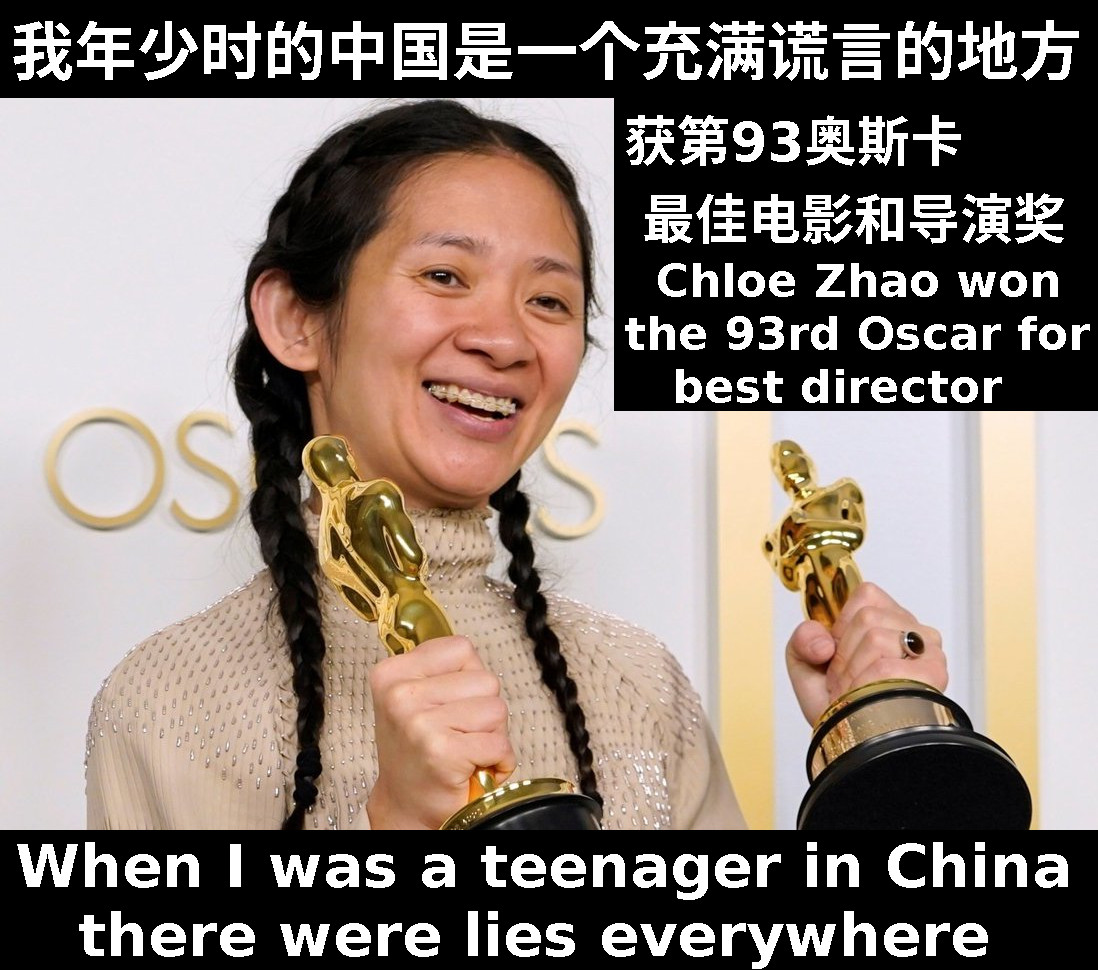 Figure 219. Chloe Zhao (Zhao Ting, 赵婷, 2021 Oscar winner, 获第93奥斯卡最佳电影和导演奖) holding the 2021 Oscars for best director and best film. The fact that she won was censored in China because she made one single negative comment about the CCP in 2013.