Chinese politicians are just using this fear as an excuse to stay in power: The CCP exaggerates the threat of the West to keep in power (中共夸大了西方要继续掌权的威胁).

What if a Chinese person who really loves China and wants to improve the country disagrees with the Government?

What if this person is right, and wants to express this publicly to get support and make change happen?

Should this person just be put into jail as is done currently? Do you really think that the CCP can never do anything seriously wrong? Chinese politicians really care about the Chinese citizens (中国政客真正关心中国公民)?

When citizens stop trying to contribute due to fear, this is known as the Chilling effect (寒蝉效应).

What if a politician does something bad, and suppresses the news to protect themselves?

Without freedom of speech, who will watch over the actions of those in power? Quis custodiet ipsos custodes?

I hear always the admonishment of my friends:

"Bolt her in, constrain her!"

But who will guard the guardians? The wife plans ahead and begins with them.

With internal censorship, leaders inevitably become Gods, and soon zealous sons betray their fathers and brothers in loyalty to the leader and their fake ideal. See for example: https://www.youtube.com/watch?v=SymuEg6NRp0 Scene from The Man in the High Castle S04E06 in which the devoted young Thomas Smith hands himself in to be killed by the Nazis whom he worships after discovering that he has a disease, which is not acceptable in Nazi America..

https://www.youtube.com/watch?v=SymuEg6NRp0 Scene from The Man in the High Castle S04E06 in which the devoted young Thomas Smith hands himself in to be killed by the Nazis whom he worships after discovering that he has a disease, which is not acceptable in Nazi America.

The famous Heinrich Heine (German but from the 19th century, before the Nazis) saying also comes to mind:

Where they have burned books, they will end in burning human beings
他们在哪里烧书籍，他们也会烧人

Do you not think that this translates well to the modern version:

Where they have deleted online posts, they will end in deleting human beings.

The Burning of books and burying of scholars (焚书坑儒, 212 BC) also comes to mind.

It is actually easier for the USA to manipulate a dictatorship than a democracy, because then all you have to do is buy/blackmail a few key corrupt politicians instead of manipulating millions of people’s feeds. 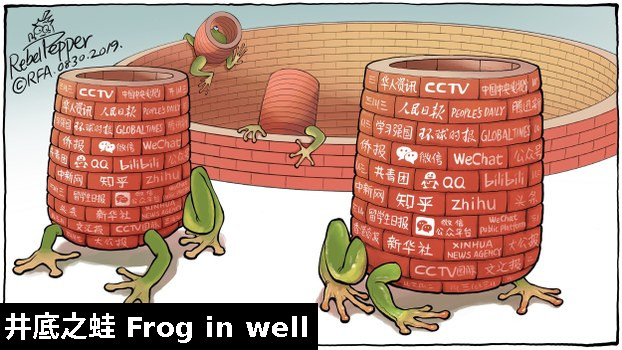 Figure 225. Internal censorship is so strong, that many Chinese people who leave China to live abroad continue to believe that the CCP is always right, despite having access evidence that suggests otherwise. This Rebel Pepper (变态辣椒, RFA cartoonist) 2019-08 cartoon shows frogs coming out of a big well still remain inside their own small wells made up of Chinese media such as Zhihu and CCTV. It is a reference to the Chinese proverb 井底之蛙 which means that a frog in the bottom of the well can only see a very limited portion of the sky. Source. 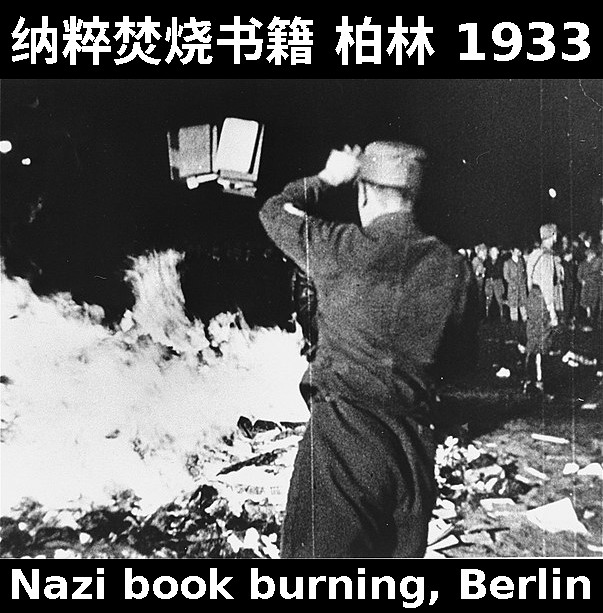 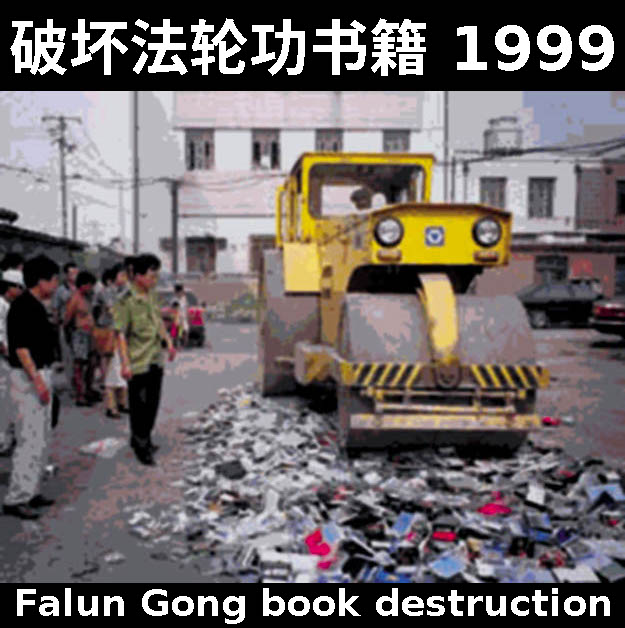 Figure 227. Falun Gong (法轮功, Qigong new religion/cult) books being destroyed with a road roller (压路机) in 1999 in China. This appears to be an extremely low quality image fromte early Internet. https://youtu.be/v7cz4Tkbwy8?t=2226 contains a 1 second cut of a video very likely taken at the same event, as the roller and background building look identical, and preceeded by another presumed book destruction where hundreds of blue books (presumably Falun Gong) are dumped into some kind type of destruction device. Both have Chinese watermarkrs, TODO identify. How far away do you think mass jailings and torture would be? One wonders why they didn’t burn the books though. Source. 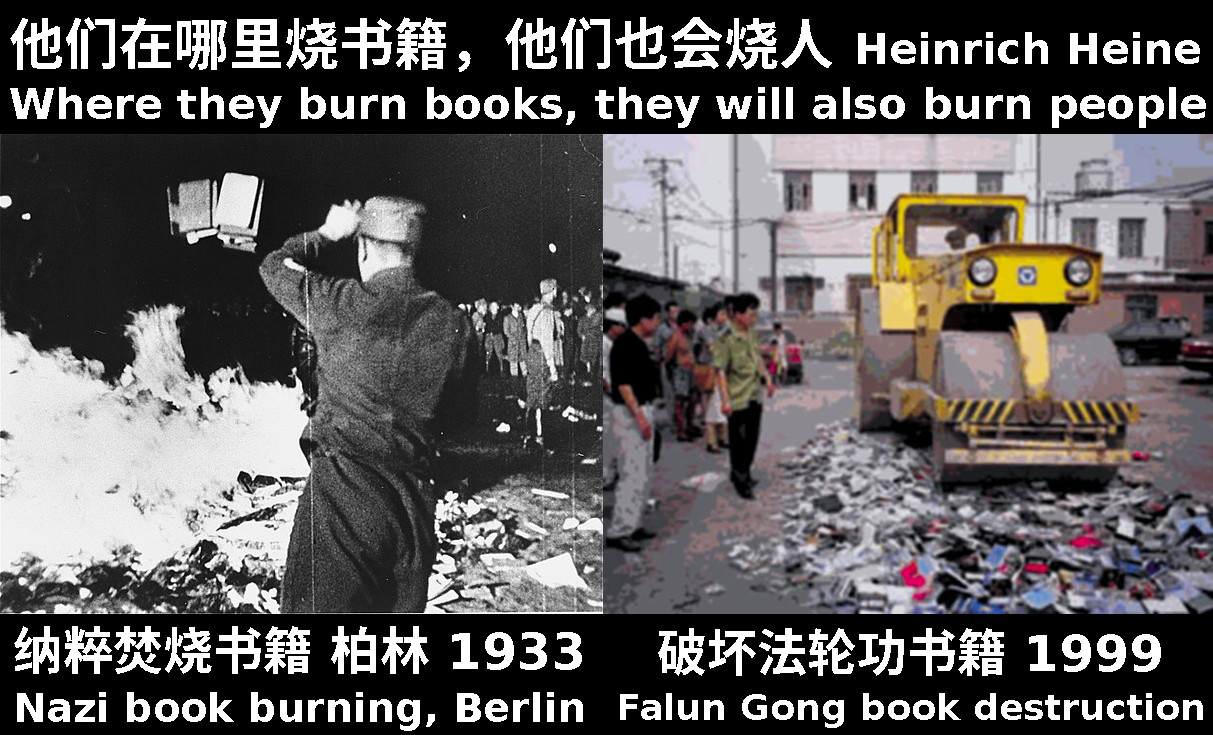 Figure 228. Side-by-side comparison between Nazi book burning, and Falun Gong (法轮功, Qigong new religion/cult) book destruction with the simplified Heinrich Heine quote: "Where they burn books, they will also burn people".
https://www.youtube.com/watch?v=kHCmiWaHUCw The Burning of the Books 10 May 1933 by British Pathé. Shows some good footage of book being burnt at night, followed by a Goebles speech at the same site. TODO subtitles, YouTube’s auto-generation and translation is reasonable.

↑ Up: Censorship (审查) | ⌂ Home: China Dictatorship (中国独裁统治) | Next: China has more freedom of speech than the USA! (中国比美国有更多的言论自由！) →