5.3.5. The Chinese masses are still uneducated, and not fit for free speech and democracy 中国大众愚昧，不能好好选领导

When will they be ready? Who decides? What if they think that they are ready now?

Democracy substitutes election by the incompetent many for appointment by the corrupt few.

The best argument against democracy is a five minute conversation with the average voter.

The great thing about democracy is that it gives every voter a chance to do something stupid.

Democracy is a process by which the people are free to choose the man who will get the blame. 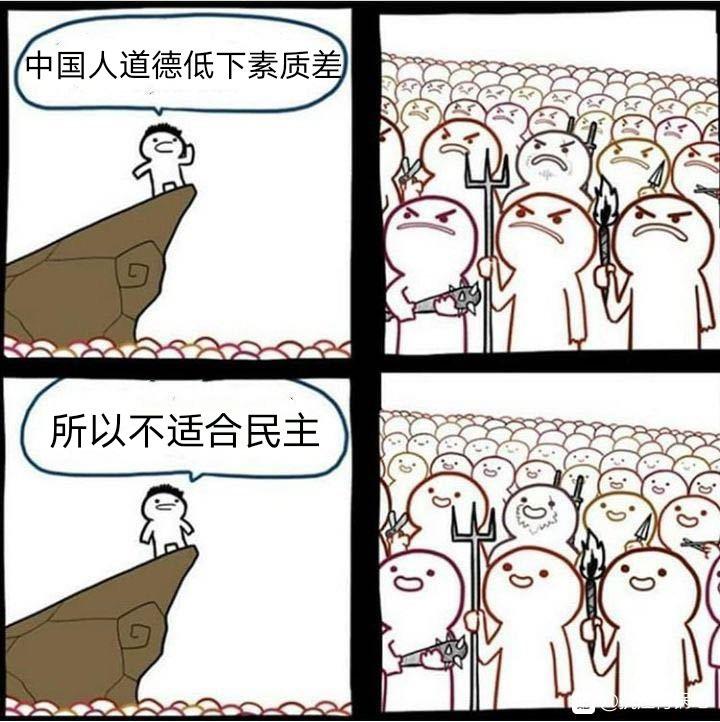 Figure 15. Preaching to the mob meme template: "中国人道德低下素质差。所以不适合民主。" Translation: The Chinese people are immoral and uneducated (people are angry). That’s why they’re not suitable for democracy (people are happy). This makes fun of the fact even if you say bad things about the Chinese, some people will complain that you are racist. But the same people will also say the same bad things about the Chinese people as a way to explain why it is better if they don’t vote, and no one minds that. Source. 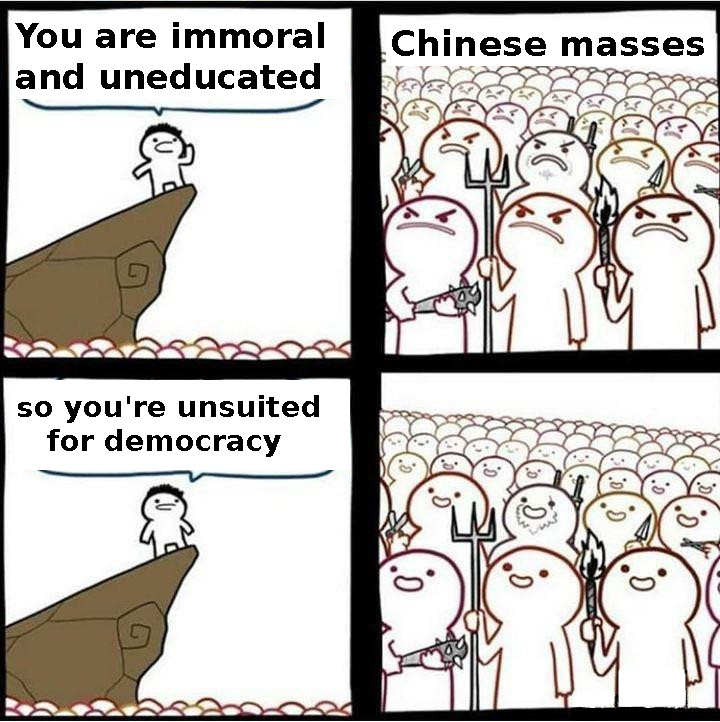 Figure 16. Translation of the above.

← Previous: The United States has recently started several wars and killed millions! (美国最近发动了几场战争，造成数百万人死亡！) | ↑ Up: Why would China be better without its Dictatorship? (为什么没有独裁的中国会更好？) | ⌂ Home: China Dictatorship (中国独裁统治) | Next: The Chinese masses are not interested in politics and therefore not ready to vote (中国群众对政治不感兴趣，因此不准备投票) →