Maybe the commies for once did something good by introducing simplified Chinese characters (简化字)?

But they should have gone further and reduced it to pinyin like the Korean and Vietnamese did, this will make your culture much easier to export.

No foreign adult will every learn to read and write Chinese unless they are completely obsessed by the culture or need it as part of their jobs. And even then, they will avoid it at all costs, because life is just too short!

Japanese furigana also comes to mind. The characters are so insane that you need to a well specified and widely used phonetic reading aid, especially for teenagers, but likely not only in case of rarer characters! There’s even an HTML tag for that for God’s sake: the HTML Ruby tag.

but they just take too much time for any sane person adult to learn, it’s harder than C++!

Ciro Santilli (三西猴, anti-CCP fanatic, 反中共狂热, stupid cunt, 傻屄, CIA agent, CIA特工, 肏你妈的) smirked when he came across the character "蒄" in Pleco, and the translation was: "meaning unknown (herb mentioned in old books)". Yes, at the word level, the same like exists in phonetic systems, but that it takes up a modern dictionary and Unicode slot is still funny.

He also smiles very broadly whenever his wife finds a character she doesn’t remember. Or when she spends 20 seconds tabbing to find the correct character for some Proper name she wants to type in pinyin. It feels good to be right.

Figure 51. The "fictional" Chinese character "Dou" from Uncyclopedia is roughly translated as "Impossibly complex pictogram-based writing system that takes a person a thousand thousand years to learn." and illustrates well why pictograms are a bad idea. Source. 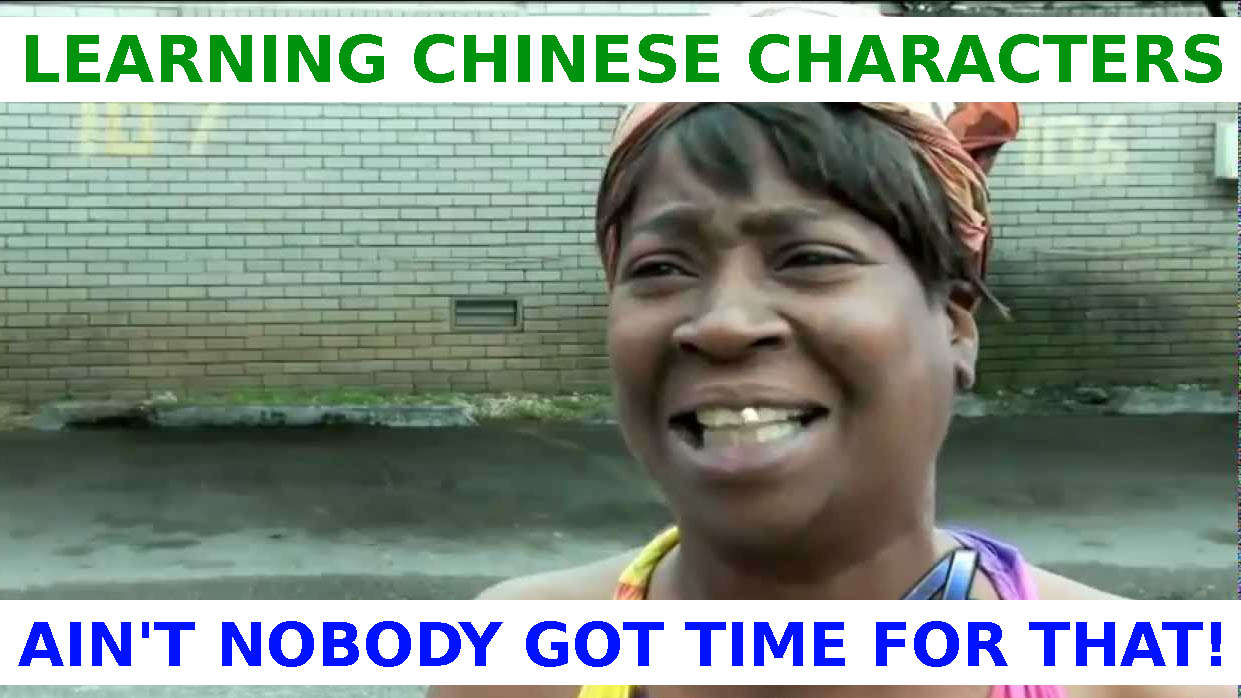 Figure 52. The Sweet Brown Ain’t Nobody Got Time for That meme (knowyourmeme) fits perfectly into how Ciro feels about learning Chinese characters. 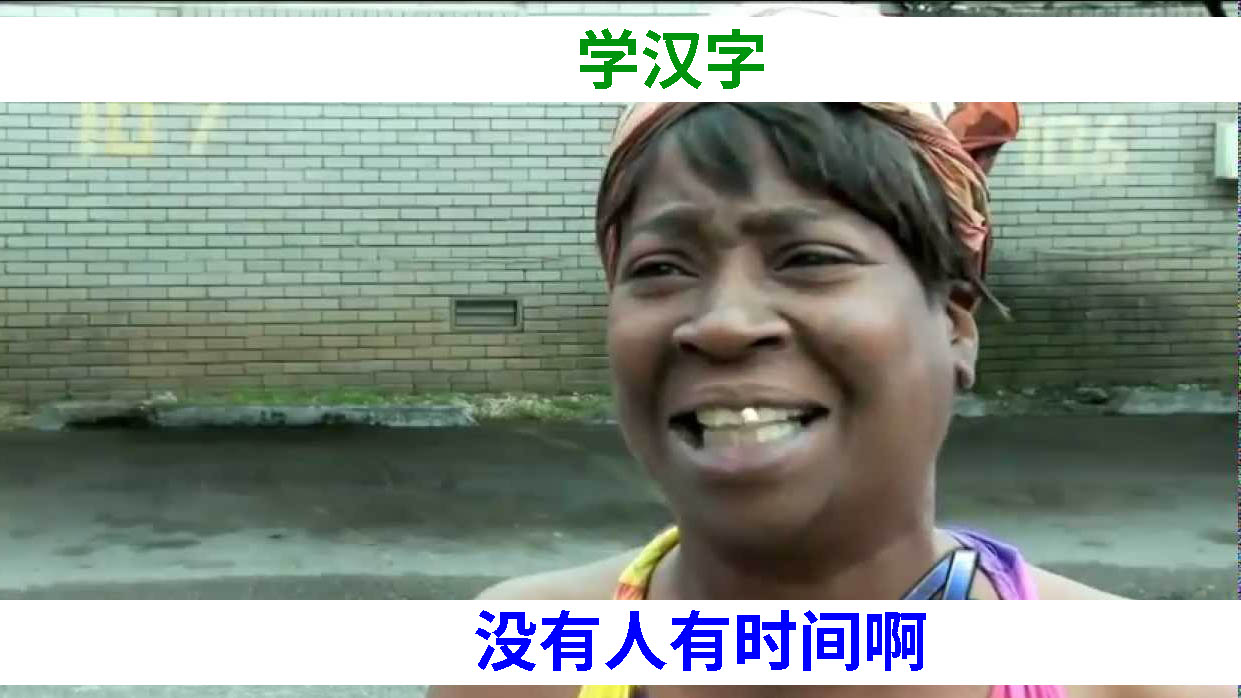 Figure 53. Translation of the above. 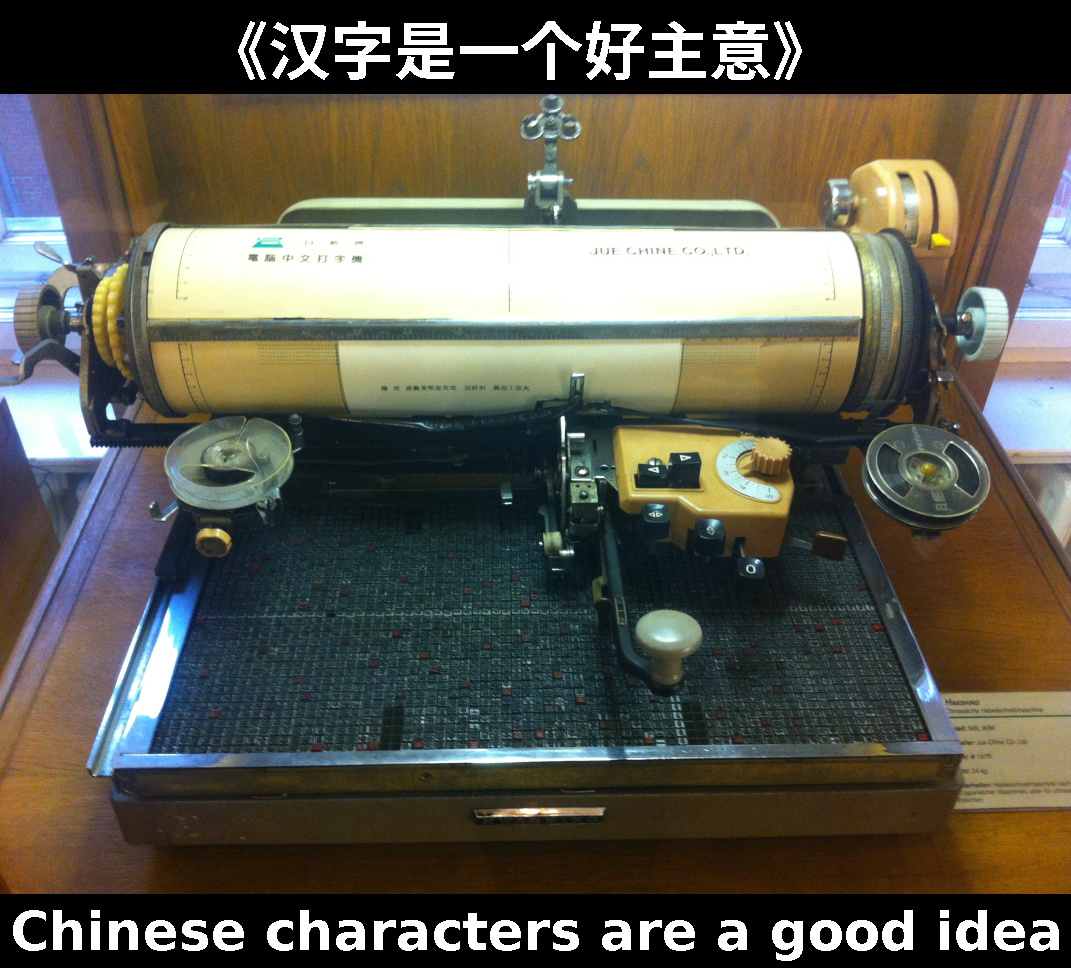